Vassie James Hill was a woman of vision. She founded the Country Day School in 1910 and, together with Lalla Ruth Carr Patton, co-founded Sunset Hill in 1913. She supported the work of pioneering educator John Dewey and what became known as the Progressive Movement.

Driven by a strong belief that the education of young people is society’s most important act and that great value must be placed on children and their individual capabilities, Mrs. Hill set out to establish schools unlike anything Kansas City had ever known. She was successful in her pursuit and today, a century later, Pembroke Hill is still grounded in her fundamental belief that students learn best by actively participating in a wide variety of experiences. 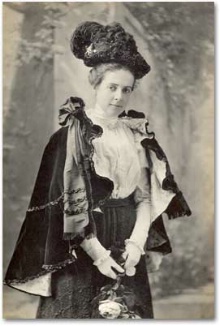